Shout for Good (Shout), a digital fundraising platform, provides a cashless donation solution for ANZ’s new new mobile payment device, BladePay™. Shout’s purpose is to enable charities to accept cashless donations from a card, smart phone or watch. Before launching at the Motor Neurone Disease (MND) Big Freeze event, Shout partnered with Nomat to validate the concept of cashless donations and test the interface with real users. Nomat’s approach included a range of design research activities, including usability testing on the prototype. We then supported Shout to iterate their designs based on findings from the usability testing. The iterated design of the interface was then successfully piloted at some real charity events in the lead up to the MND Big Freeze. Shout wanted to be confident that the device could be used intuitively by volunteers to collect donations, and that people could make donations with confidence.

Shout wanted to evaluate a number of different aspects of their product through a series of research activities.

The two key objectives of the research were:

The first round of research was lab-based moderated usability testing using a prototype. The prototype was evaluated from the perspective of both a supporter making a donation and a volunteer operating the device, which identified enhancements that could be made to the interface.

“With less than 4 months to turn a concept into production, we would not have been confident rolling out 90 devices at the Big Freeze for the first time without going through this process.”

Lab based moderated usability testing identified opportunities for improvements to the interface.

Testing a concept in the context of its intended use provides valuable insights that are hard to reveal in a lab environment.

Lab-based testing was followed by contextual research, where charity volunteers used the BladePay™ device to take donations from the public in the Melbourne CBD.

By observing public interaction with the device in context, we were able to understand acceptance of the broader concept of donating with a card ‘in the wild’. By observing ‘live’ use of the device in public both the level of comfort of donors with cashless donations, and the usability of the device, could be assesed.

Increasing the number of participants involved in each round of testing across the project allowed for greater insights while mitigating risk.

The final stage of research involved observing volunteers using the device for the first time during a fundraising event. This provided detailed feedback on the volunteers’ experience of the interface, and of using the BladePay™ device.

As a result of this final round of research, Shout was able to pre-emptively produce a light weight help guide to address pain points and barriers faced by operators in the field.

The findings from this round of research informed final refinements to the interface and also formed the basis of a training guide that was produced for volunteer operators. It was also an essential part of validating the design changes made after previous rounds of research. Volunteers identified some great opportunities for new features which the Shout team were able to add to the final build. 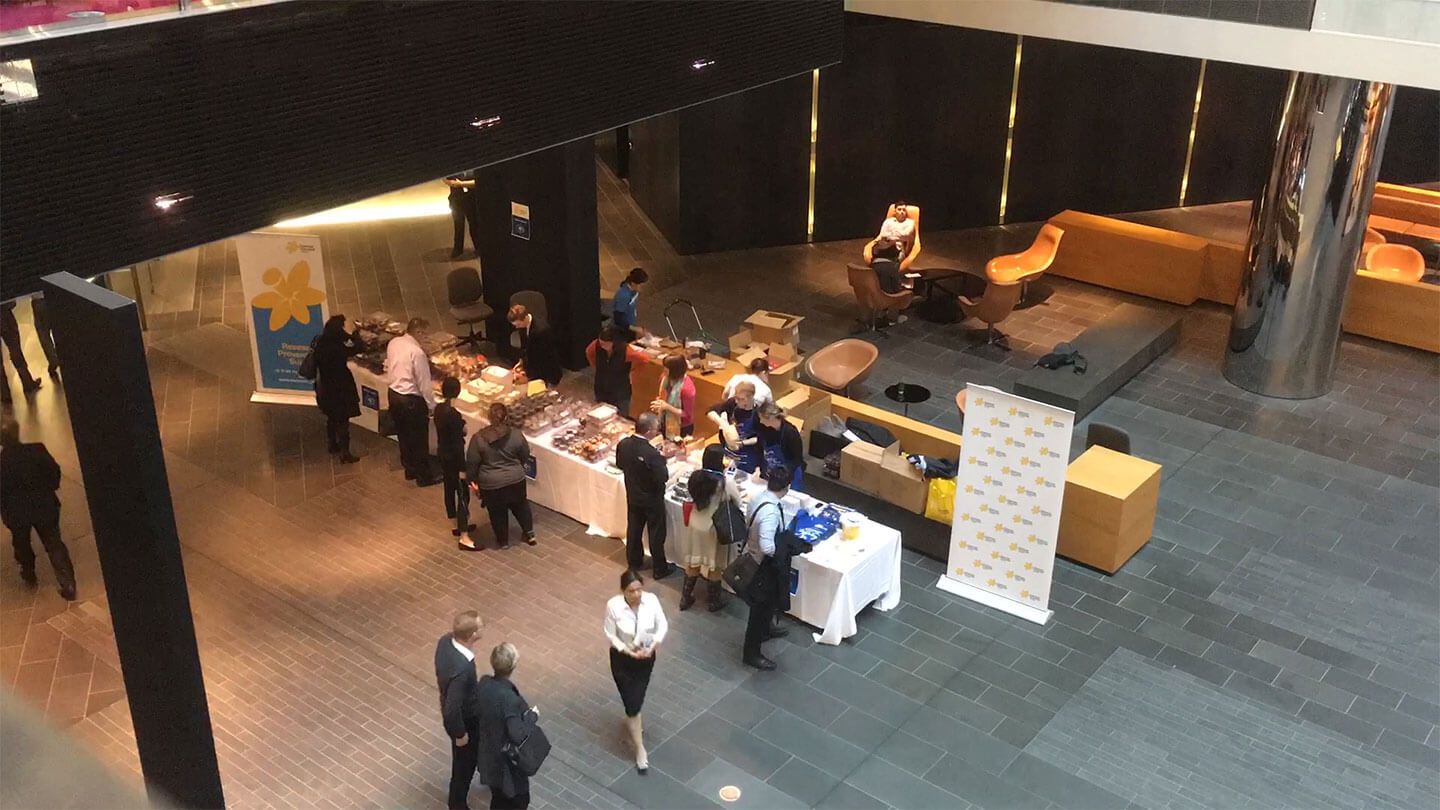 Observing volunteer operators using the device for the first time was a great opportunity to uncover any challenges they faced during a real charity event.

Using a collaborative and iterative process ensured that changes to interface design were informed by the observations and findings of each round of research.

The iterative design process started with Shout’s working prototype of the app, then moved from user flows and paper sketches, to high fidelity visual designs. Each iteration and design change was informed by research findings, refined with the Shout team, and then validated through usability testing.

After finalising the iterated design of the interface, annotated visual designs were handed back to the in-house development team. 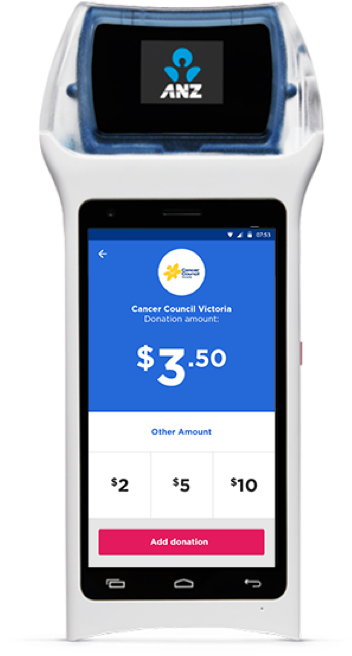 Nomat and Shout, along with some of the Shout partner charities, worked together to enhance and evolve the solution. ANZ BladePay™ has received strong positive feedback from charity collectors and donors alike during real world testing at a Cancer Council fundraising morning tea event and the MND Foundation Big Freeze event at the MCG.

“As volunteers we could quickly and easily show each other how it worked without the need for any in depth training.”